Is there a type of bat that fly’s at day?

How do bats communicate with each other?

how old can bacteria be

What is your favorite museum?

Why do kids need more sleep than adults?

Whats your favorite book about science?

How do are eyes work

What is the rarest gem

do you know what is more microscopic than clay?

Have you ever gotten hurt will in a cave?

what is your favoret book? how many similarity do bats have with monkeys?

What was the first kind of bat discovered?

How do you feel about losing Kenzi aka The Food Queen as Linsday says?

ASK the scientists any questions you have about science.

CHAT with the scientists in a 30 minute long text chat booked by your teacher.

VOTE for your favourite scientist to win a £500 prize to spend on communicating more science.

The Hydrogen Zone is a General Science Zone; the five scientists in this zone research five different areas. There is a scientist who studies bats and their superhero-like abilities to defy gravity and navigate in pitch dark while another scientist studies fear in insects. One of our scientists explores caves to dig up ancient humanoid fossils, while another uses the math of 3-D objects to help understand how the brain can see things.  Finally we have a scientist who works to make sure your Lucky Charms and other food is safe to eat.

You can find out more about the scientists in this zone, and what they work on by reading their profiles. Click on their names at the top of this page to find out more!

Hydrogen is the chemical element with atomic number 1. It is represented by the symbol “H”. It is the lightest and most abundant chemical element, making up about 75 % of the mass of the Universe. 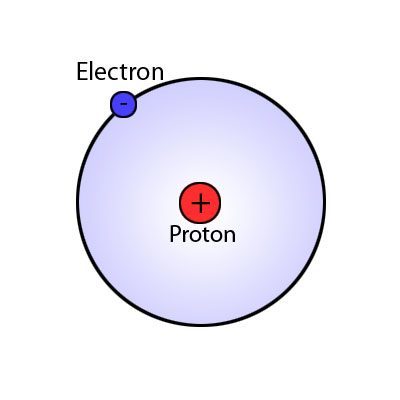 A hydrogen atom usually has one proton in its nucleus and no neutrons. It has one electron in its electron shell.

Hydrogen is very reactive and easily catches fire in the presence of oxygen. Hydrogen combines with oxygen to make water (H2O). The name hydrogen means ‘makes water’ in Greek. Hydrogen as water (H2O) is absolutely essential to life on Earth.

Because it is so light, hydrogen gas was originally used in airships. Then just before World War II there was a terrible accident. An airship filled with hydrogen, called the Hindenburg, caught fire as it was trying to dock. There happened to be many news cameras there, to film the airship, so footage of the terrible fire was shown around the world and the disaster became very famous. 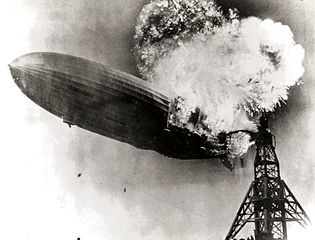 After that, hydrogen airships were deemed far too dangerous due to the risk of fire. Even though, actually, aeroplanes at the time weren’t very safe, and statistically, airships were safer. The dramatic footage created such a memorable image that it essentially doomed the airship business.

Hydrogen is used in very large quantities in the chemical and petroleum industries. In food industries, hydrogen is used to hydrogenate oils or fats, which is how margarine is made from liquid vegetable oil.

Hydrogen is also used to produce methanol and hydrochloric acid, as well as being used as a reducing agent for metal ores.